A vibrant multidisciplinary and interdisciplinary American Studies field with its own theories, methods and application, provides a wide scope of research areas for conducting research by the highly professional Georgian and American scholars, joined by the American Studies doctoral students; providing research with the invaluable U.S. Embassy library donated to the center by the U.S. Ambassador Richard Norland in 2015.

On Monday, April 2, 2018 the Deputy Chief of Mission of the Embassy, Charge’ d’affairs’ (CDA) of America Elizabeth H. Rood visited the American Studies students and professors of the Faculty of Education and Humanities at the International Black Sea University. Elizabeth Rood discussed the current state of U.S.- Georgia relations and answer their questions.

Ms. Rood underlined the importance of research in the interdisciplinary American Studies area carried out by Georgian scholars and doctorates, as Americans are always interested how the U.S. is viewed by Americanists from outside the country. 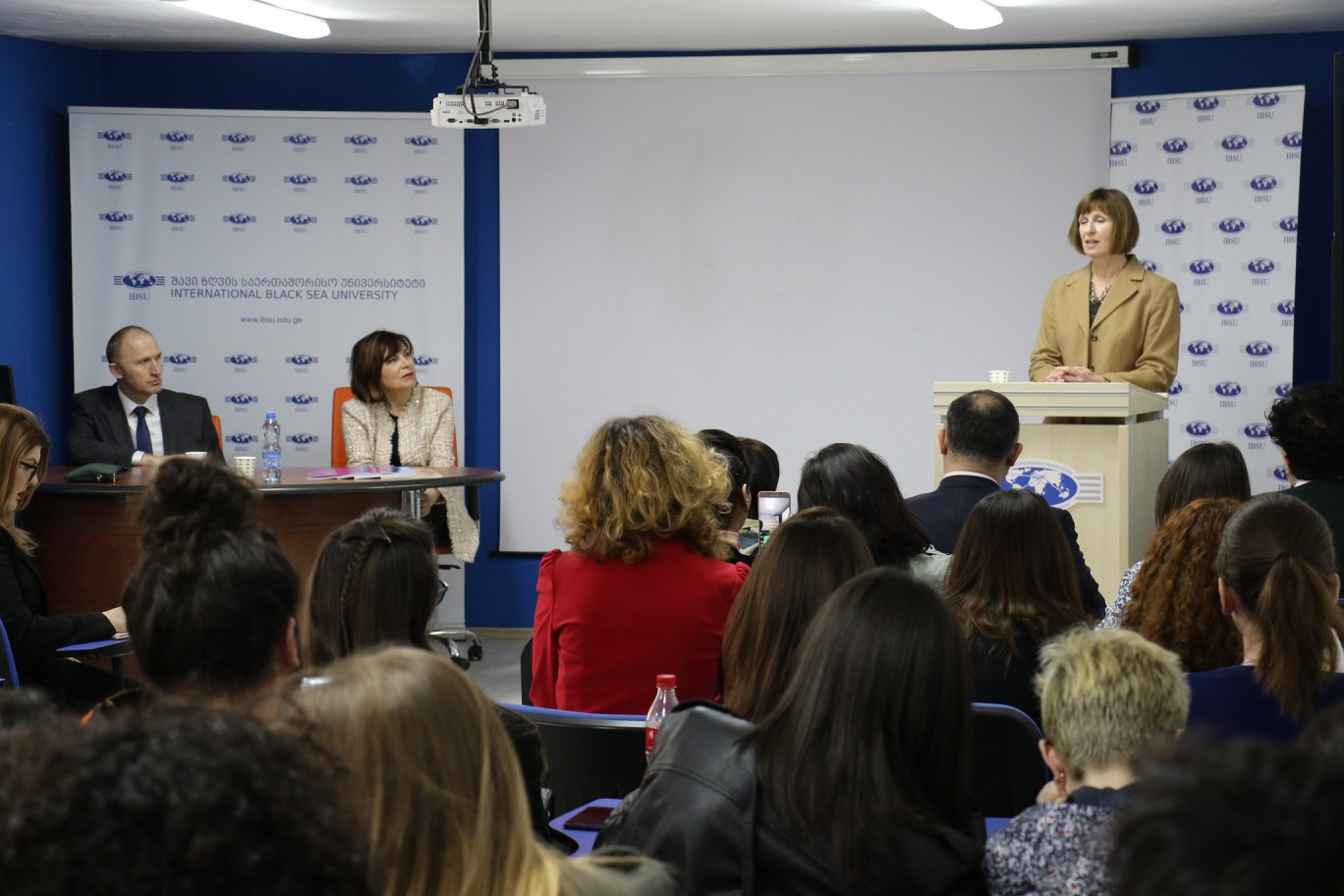 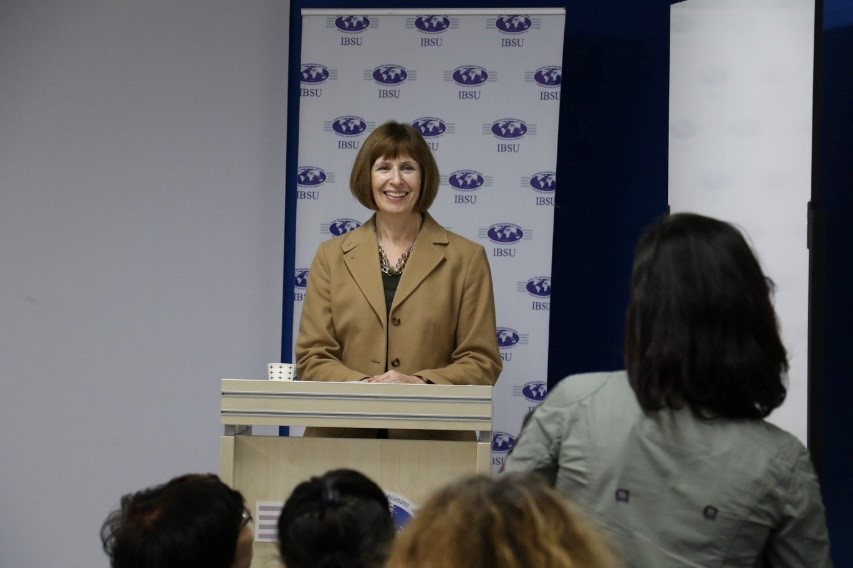 International Black Sea University has a long and firm tradition of collaborating with U.S. Embassy, therefore the US Ambassadors to Georgia: John Tefft, John Bass, Richard Norland, Ian Kelly have been opening the AMSIRC conference since the day of its establishment (2008).

On 22 June, 2017,  Faculty of Education and Humanities of International Black Sea University in collaboration with the Caucasus Center hold round table discussion on: ”Conflict Resolution Modalities in Aegis of the Black Sea Region: Balkans and Caucasus Conflict Comparative Analysis”.

During the round table two students of Caucasus Studies M.A. direction of the Faculty of Education and Humanities Sarah Nesher and Elizabeth Carlson presented topics regarding the resolution of South Ossetia and Abkhazia. 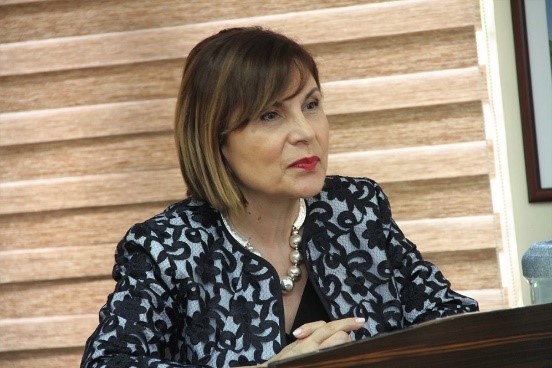 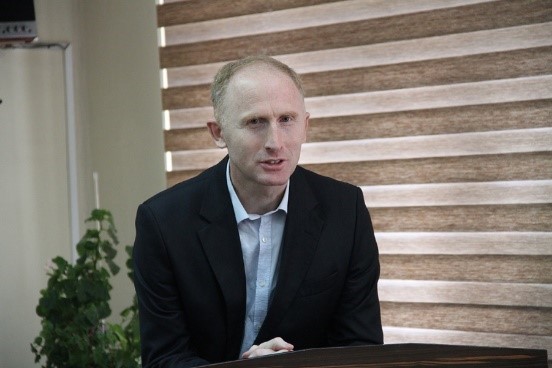 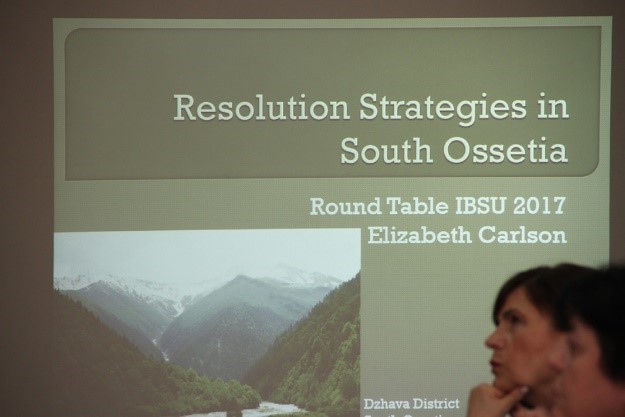 Book publication- Culture and Society of the U.S

The name of the book is Culture and Society of the U.S dedicated to the 25th anniversary of diplomatic relations between the U.S. and Georgia.

Representatives of different organizations were invited to the event. Guests from the U.S. Embassy such as Deputy Chief of Mission Nicholas Berliner and other representatives attended to the presentation. Lecturers of the Amsterdam University of Applied Sciences, the Director of the American Studies Institute of Ivane Javakhishvili Tbilisi State University Prof.  Vasil Kacharava and professors of American Studies attended the presentation as well. 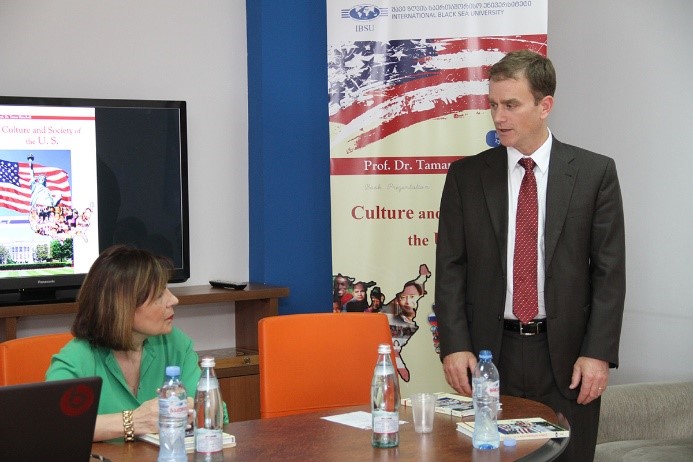 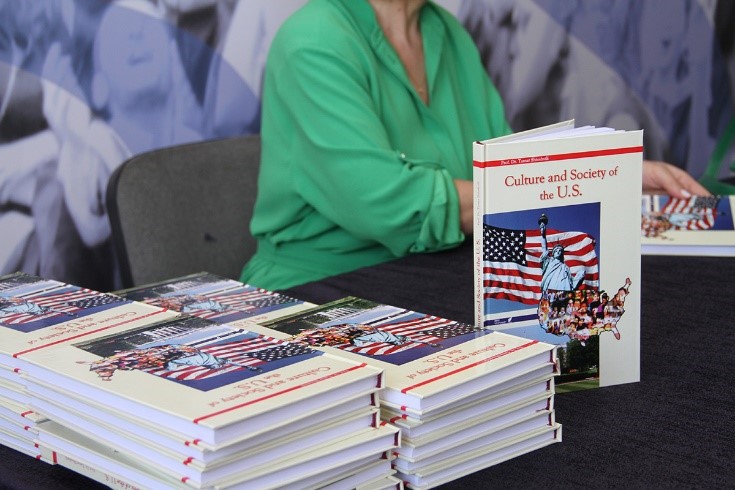 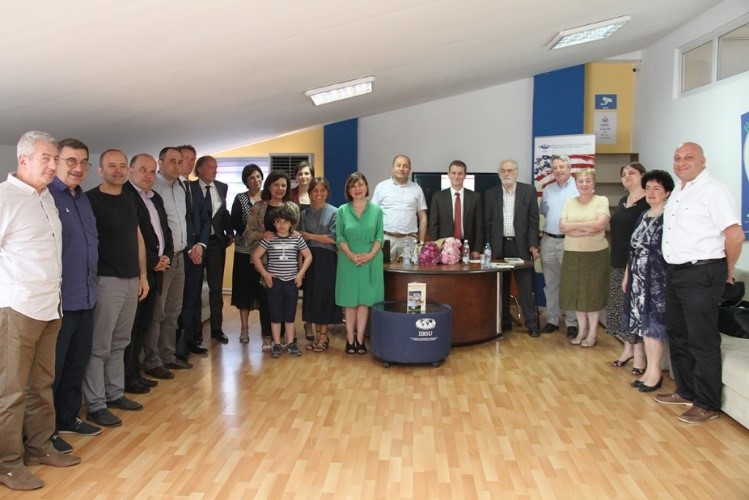